Discover the natural beauty of Senegal

The Natural Wonders of Senegal

When it comes to west Africa countries, Senegal is one of the easiest countries to visit and – in most cases – it is a tourist’s first taste of the region. While many of these travellers will be heading for cultural immersion in cities such as Dakar and Saint Louis, this west African country is also blessed with plenty of outdoor natural attractions that are worth discovering. Here are some of the best natural attractions in Senegal that you have to visit.

The island of Gorée can be found off the coast of Senegal you can see Dakar from its beaches. Somewhere between the 15th and 19th centuries, it was the most significant slave-trading centre on the coast of Africa. Ruled by the Portuguese, Dutch, English and French in order its architecture is characterised by the contrast between the grim slave-quarters and the graceful houses of the slave traders. Today the island of Gorée continues to serve as a reminder of human exploitation and – at the same time – as a sanctuary for reconciliation.

Just a 10-minute boat ride from the coast of Dakar is the vibrant island of Ngor. It is a spirited and cosy place where you can relax, swim, eat fresh seafood and enjoy a picturesque view back to the mainland.

There is a boat which goes back and forth to the island quite regularly. It leaves from Ngor Beach. As soon as you approach the beach, you will be greeted by many locals eager to lead you to the boat.

The Lompoul desert (which is sometimes spelled ‘Lumpoul’ and in French it is pronounced désert de Lompoul) is a small desert (around 18 km2) that is situated 145 km south of Saint-Louis, Senegal.

This desert is characterised by orange sand dunes that form a landscape which is more akin to those of the Sahara and Mauritania as opposed to those of the surrounding area of Senegal (the Grande-Côte). The Lompoul Desert is a popular tourist attraction in Senegal.

The desert is named after the closest settlement, which is the village of Lompoul.

Spot giraffes, rhinos and crocodiles at Reserve De Bandia, which is Senegal’s first private nature reserve. Concentrating on mammals, the reserve reintroduced many different species into the area. These include buffalos, large antelopes, gazelles, elands, monkeys, warthogs, jackals as well as mongeese. Covering 3 500 hectares (8,649 acres) of fenced natural areas, the reserve is also home to giant tortoises and well over 120 species of birds that you can spot when you look up from playing bingo for real money.

The Îles de la Madeleine are west of Dakar in Senegal. These islands are not inhabited. The main island is Sarpan which is known for its Stone Age tool finds. In addition, the islands are known for their birds, fish and plant life. The cliffs on these islands are steep and had been carved by the sea over millions of years. What you may be very surprised to discover is that the Îles de la Madeleine National Park is one of the tiniest national parks that you will find worldwide 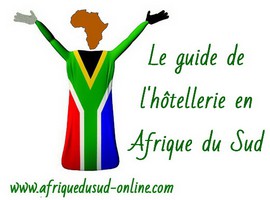